FIBA: Greg Slaughter gets clearance to play as local 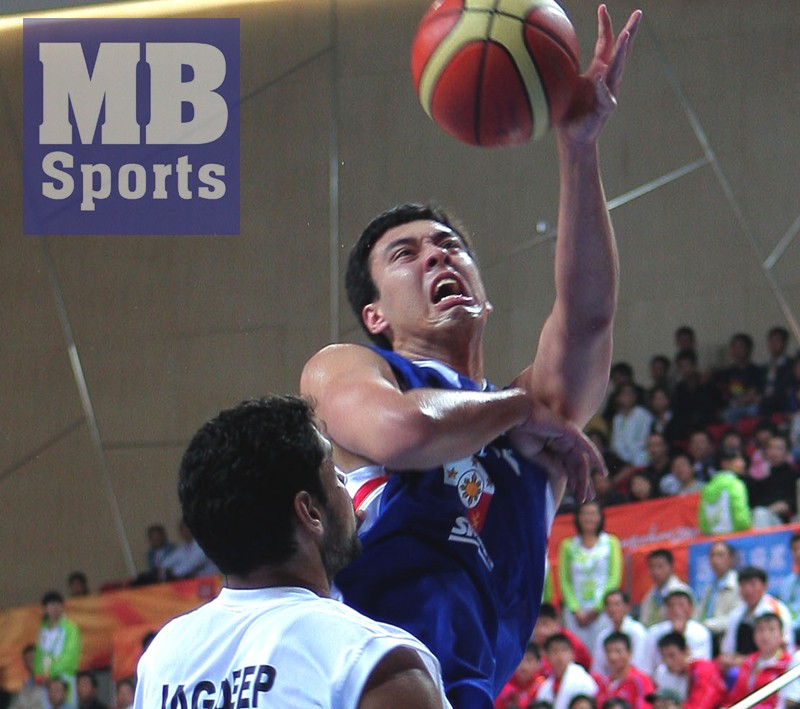 The entire nation had another reason to celebrate in the field of basketball after FIBA – the world governing body for the sport – gave clearance to Greg Slaughter to play without ‘restriction’ in all tournaments sanctioned by the federation including the fourth window of the FIBA World Cup qualifiers.

The decision came Saturday as FIBA responded in a one-game letter to the Samahang Basketbol ng Pilipinas (SBP), which – upon the directive of its president Al Panlilio – requested for Slaughter to play for the national team without restriction.

In its letter dated September 7 addressed to SBP Executive Director Sonny Barrios, Secretary-General Patrick Baumann of FIBA said that the federation took note of “the fact that the player acquired the legal nationality of the Philippines before the age of 16 but has failed to present the respective passport with a date of issue before his sixteenth birthday” which is May 19, 1988.

Prior to that, FIBA considers Slaughter as naturalized.

In taking the decision whether to apply Article 3-21 .a of FIBA’s Internal Regulations, Baumann said the following facts were taken into account, which first, “player obtained a Philippines passport shortly after the age 16, namely at the of 17 (on 30 June 2005).

And lastly, “the player has studied in the Philippines and plays basketball there for the last 11 years.” Slaughter initially played college ball for University of Visayas and then he transferred to Ateneo – schools he both led to championships between 2007 and 2012.

In 2013, Slaughter turned pro and was selected No. 1 overall by crowd favorite Barangay Ginebra San Miguel, a team where he has won so far two championships in the PBA and a Best Player of the Conference plum in 2017 Governors’ Cup.

Based on these facts presented by the SBP, Baumann said FIBA ruled on Slaughter’s eligibility, stating: “After a thorough review of the documentation provided by your Federation, please be informed that FIBA herewith exceptionally authorizes the player Gregory William Slaughter to play for the Philippines national team without restriction in accordance with article 3-21 .b of the FIBA Internal Regulations.”

Baumann further added that FIBA “reserves the right to apply article 3-21 .b more restrictively in any future cases.”

No Restrictions on Greg Slaughter as FIBA recognizes the 7-footer as a local player and not as 'naturalized' in all FIBA tournaments including the fourth window of the FIBA World Cup qualifiers vs Iran in Tehran on Sept 13 and vs Qatar here on Sept 17. | Per Waylon Panlilio Galvez
#FIBA #MBSportsOnline

According to SBP’s Special Assistant to the President (SAP) Ryan Gregorio, Slaughter, who is recovering from a left sprained ankle, was the first to be informed by the FIBA decision.

In a post on Twitter via his @GWillSlaughter account, Slaughter expressed excitement on the FIBA ruling and his chance to play for the national team as a local player and not as a naturalized.

“I just found out FIBA has approved my eligibility as a local!” said Slaughter. “Couldn’t be happier about this, thank you to SBP and FIBA for paving the way.”

Panlilio, in a statement, also expressed his delight on the FIBA ruling.

“We are happy to announce to the entire basketball-loving Filipinos that SBP’s push to FIBA to prove that Greg Slaughter is a pure Filipino has been recognized,” Panlilio said as he recently visited NBA’s Deputy Commissioner and Chief Operating Officer (COO) Mark Tatum to personally thank him after the league allowed Fil-Am Jordan Clarkson of the Cleveland Cavaliers play for the Philippines in the Asian Games in Indonesia.

“The SBP is elated with this development in our desire to come up with the best basketball roster for our flag and country. Mabuhay ang Pilipinas,” added Panlilio.

The national team will leave for Tehran today as it plays Iran on Sept. 13 at the opening of the fourth window of the world cup qualifiers. After that, the Filipinos will host Qatar on Sept. 17 at the Smart Araneta Coliseum.