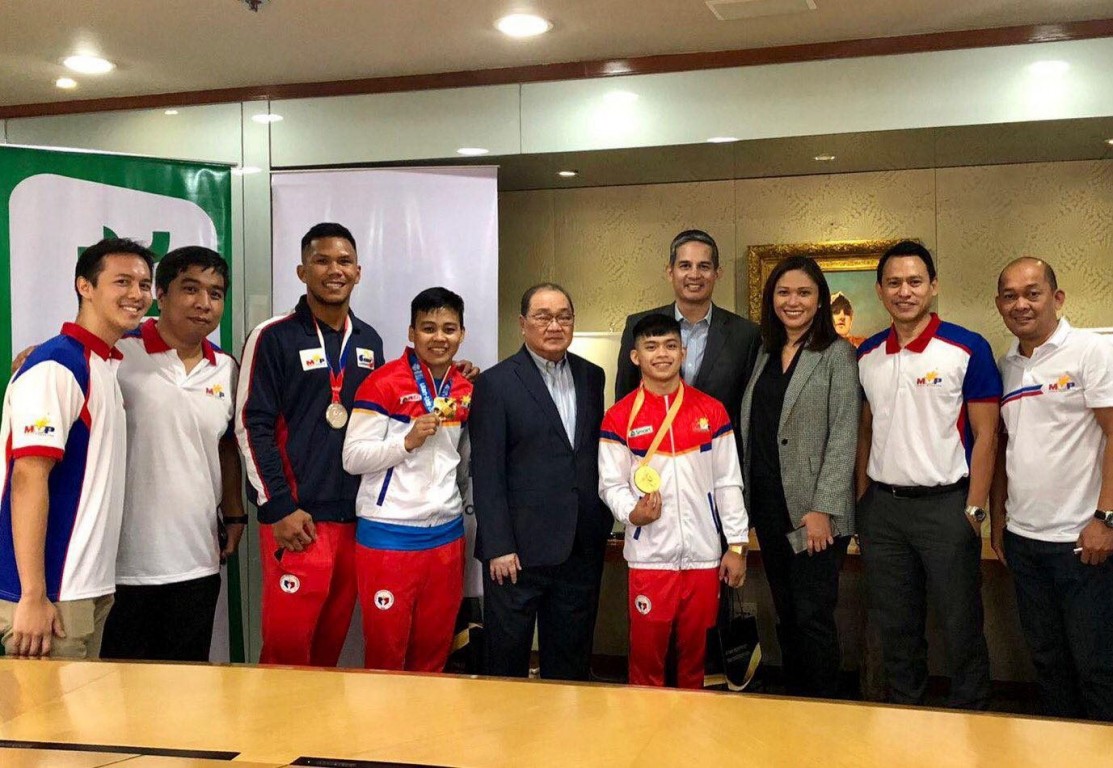 What’s the worth of bagging the gold medal in world championship meets?

Yulo won the Philippines’ first-ever gold medal in the 2019 World Artistic Gymnastics Championships in Germany and Nesthy Petecio followed up by ruling the featherweight division of the 2019 AIBA Women’s Boxing World Championships.

Aside from providing them a million pesos each, they were also given by the MVP Sports Foundation an iPhone from Smart.

Yulo arrived in a hero’s welcome but he made it a point to thank one of the key figures in making his dreams into reality as he received support from the MVPSF to help fund his training in Japan. Because of his success, even his siblings might get their opportunities as well.

“We’d like to meet his family,” said Pangilinan. “Caloy said he had two siblings, 9 and 11, who were also into gymnastics so maybe we can help them out because this sport really fits our physique.”

“We’re very happy seeing that the programs we are supporting are bearing fruit. You could see the talent that our Filipino athletes have and that they only need the proper training,” said MVPSF President Al Panlilio.

“(Gymnastics Association Of The Philippines President) Cynthia Carreon approached us two years ago and she vouched for Caloy. He needed to train in Japan because, from my understanding, that’s the best place to go to and that training program has developed him even more and winning the gold is a testament to that.”

Petecio, on the other end, had to climb all the way from the Round of 64 to make her dream a reality. After frustrations stemming from an early and undeserved exit in the last Asian Games, Petecio was driven to perform better in the AIBA Women’s Boxing World Championships in Russia.

“I was worried about fighting a Russian in the gold medal match but I focused on what I needed to do to win,” Petecio said. “It was a dream come true for me because winning in the World Championships was really my goal. We’ll take it step-by-step now starting with our preparations for the South East Asia Games and then the Olympic Qualifiers after.”

“We have a male gymnast and a female boxing champion,” Panlilio said. “I hope this inspires younger athletes out there to chase their dreams and maximize their talent. Our support is gender agnostic and it is not limited to select sports either. We also helped Margie Didal and skateboarding. We can’t support everybody because we also have limited resources but we’ll continue to invest on Filipino athletes.”

“Sports is all about finding heroes,” closed Pangilinan. “Now we have a heroine in Nesthy and a hero in Caloy.”