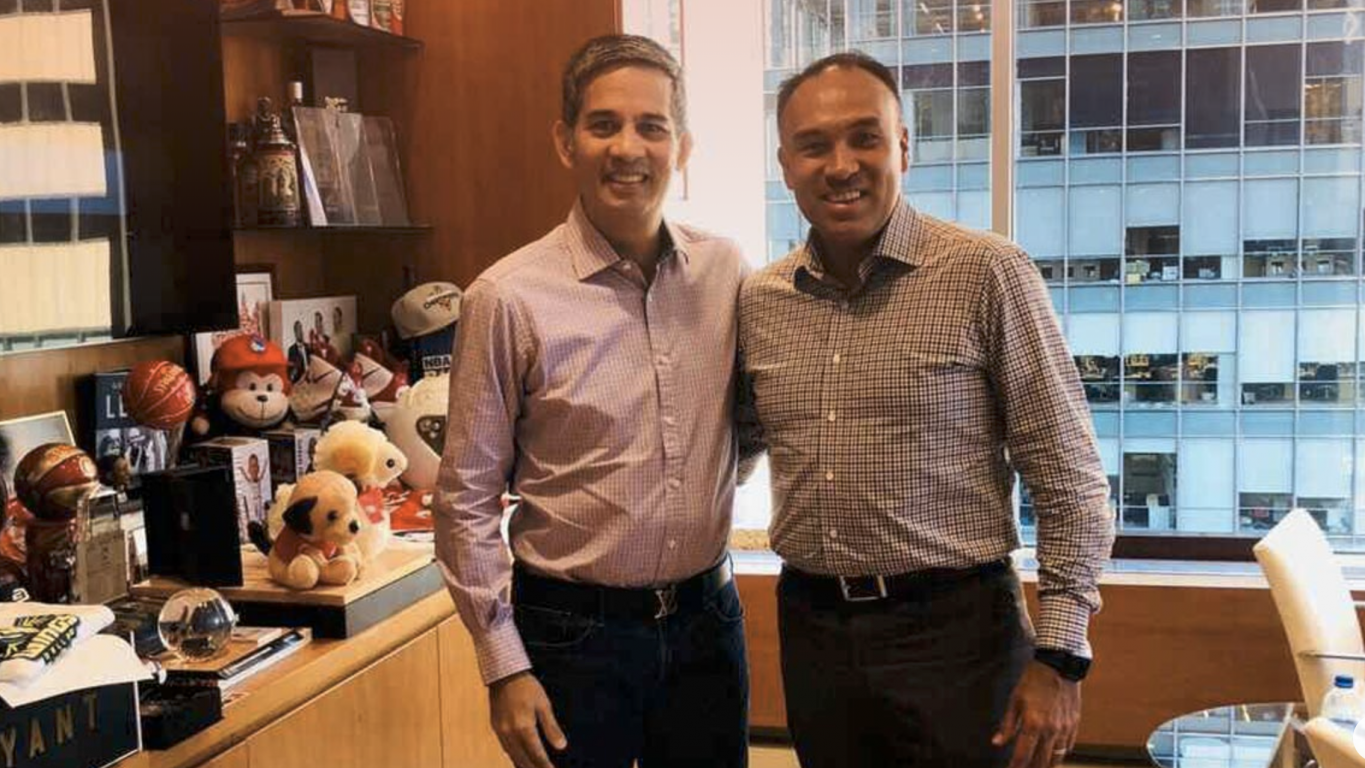 Panlilio and Tatum burned the lines from across the seas until the NBA gave its go-signal for Clarkson to suit up for the Philippines a few days before the Asian Games started. SBP chairman emeritus Manny V. Pangilinan got the ball rolling for Panlilio to iron out the details of Clarkson’s participation with Tatum in a move that brought the NBA even closer to the hearts of millions of Filipino basketball fans.

“It was basically a courtesy call on Mark,” said Panlilio of the 45-minute meeting Tuesday morning. “I dropped off my daughter to school at Wesleyan University in Connecticut and took the opportunity to visit Mark in New York so I could thank him personally for the NBA allowing Jordan to play for us. Mark played a major part in getting the Cavaliers to clear Jordan’s participation.”

Panlilio recounted to Tatum how Clarkson was embraced by the fans in the Asian Games. “I told Mark he made a major impact in Indonesia which really isn’t a basketball country because soccer is the Indonesians’ No. 1 sport,” said Panlilio. “But what Jordan did to promote the game in Jakarta was phenomenal. After our game against Syria, he spoke in the middle of the court and thanked the fans. Indonesia is a growing market for basketball and the NBA with a population of over 250 million.”

Panlilio said he thanked Tatum in behalf of Pangilinan, the SBP and the entire Filipino nation. “Mark delivered what he set out to do and we’re very grateful,” he said. “I related how we almost beat China in Jordan’s first game with us, that we were a possession away from winning and possibly going to the final.”

Panlilio also took up the possibility of FIBA recognizing Clarkson as a Filipino local, not as a naturalized import. Tatum is a member of the FIBA Central Board. “I explained that Jordan is a Filipino under our laws because his mother was a Filipino at the time of his birth,” he said. “I mentioned that maybe, it’s time for FIBA to review its eligibility rules. I don’t think there is need to allow certain countries a second naturalized import to balance competition. In the Philippine case, if we’re allowed to play Filipinos as Filipinos, we’ll be fine with Jordan, Christian (Standhardinger), Stanley (Pringle) and the others. There is talk that some countries are beginning to recruit foreigners less than 16 years old to enlist as locals, skirting the FIBA rule of obtaining eligibility with passports issued before turning 16. It defeats the purpose of the FIBA rule and for some countries, it’s even cheaper to recruit 14-year-old teenagers.”

Panlilio said he broached the idea of a stronger working partnership between the SBP and NBA. “I laid out the four pillars that make up my program in the SBP, to strengthen our 5x5 and 3x3 platforms for men and women, to address the youth, to develop a core of competent coaches and to build up our referees pool,” he said. “There are many ways for the SBP and NBA to work together. Mark is aware that we’re hosting the FIBA World Cup in 2023 so that’s something we can look at as a project for partnership.  I also briefed Mark on the MVP Group’s telco assets and how we may be able to establish a business relationship looking forward.”

Panlilio said with the NBA’s support, he’s confident that Clarkson will play for the Philippines in more tournaments whose schedules don’t conflict with the NBA’s. “Our wish of having Jordan play for the Philippines has become a reality and it’s the SBP’s desire to have him play in future competitions during the NBA break,” he said. “The SBP’s goal is to come up with the best possible Philippine team, have a chance to win every tournament and ultimately, make over 100 million Filipinos happy.”