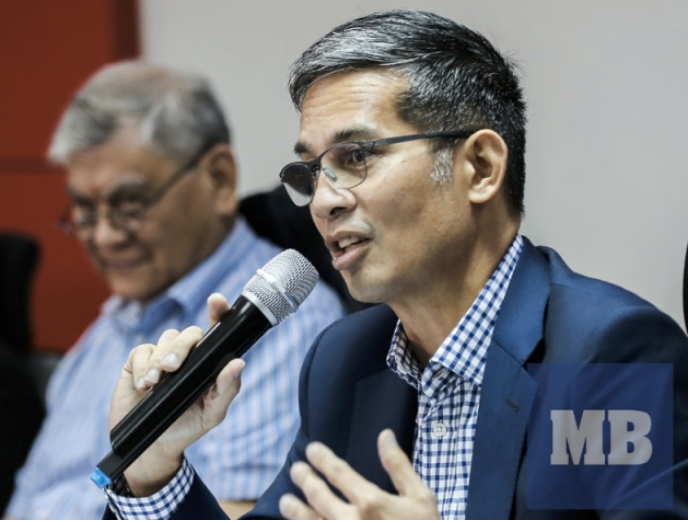 Following the inspiring campaign of the Team Philippines in the recently concluded Jakarta-Palembang Asian Games in Indonesia, the MVP Sports Foundation (MVPSF) remains determined to continue its support to Filipino athletes preparing for the 2020 Olympics in Tokyo, Japan.

MVPSF president Al S. Panlilio emphasized on this after the country pocketed a total of four gold medals in Asian Games courtesy of five Filipino ‘women’ athletes backed by the foundation.

“Given their performance in the 2018 Asian Games, it seems that the sports programs MVPSF is supporting are on the right track in creating champions and world-class athletes,” said Panlilio.

“As a private entity on a mission driven by pure love and passion and with our battlecry ‘puso,’ MVPSF seeks to further provide support to our athletes, especially as the country prepares for the 2020 Tokyo Olympics,” added Panlilio.

The 27-year-old Diaz first gave the national team its first gold medal when she ruled the 53kg women’s category in weightlifting, adding to her medal collections of silver in the 2016 Rio Olympics in Brazil and bronze in last year’s Weightlifting World Championship in Anaheim, USA.

Then came the stunning comeback of the 19-year-old Saso in women’s golf single competitions when she rallied in the final round capped by an eagle on the par-5 18 with a 10-foot putt.

Saso’s nail-biting feat in the singles combined with the performance of bronze medalist Pagdanganan, as well as Go – who finished 17th overall – provided the Philippines its third gold medal as the women’s team ruled the event.

Didal, on the other hand, surprised many when she captured the gold medal in the skateboard street category, besting seven other participants in this 18th edition of the Asian Games.

Together, these Filipino athletes backed by the MVPSF, a privately funded sports foundation from Manuel V. Pangilinan (MVP) Group of Companies, won 12 of 21 or more than half of the country’s medal total in the Asian Games.

The MVPSF, since its creation in 2011, has been providing financial assistance totaling over P1 billion on sports development programs of different National Sports Associations (NSA).

The foundation likewise provides feedback and technical advice to help and improve current sports practices used in these programs. The main goal of the MVPSF has been to create a long-lasting progress for its chosen sports through programs that help elevate the athletes’ competitiveness and increase their chances to win in international competitions like the Asiad.

Panlilio, who also heads Samahang Basketbol ng Pilipinas (SBP) as president, worked tirelessly behind the scenes to get the NBA clearance and allow Jordan Clarkson of the Cleveland Cavaliers play for the Philippine men’s basketball team.

For a team assembled only two weeks before the Asian Games, the national team finished 5th overall, an improvement from its 7th place finish during the 2014 Asian Games held in Incheon, South Korea.

“Our wish of having Jordan Clarkson play for the Philippine team has become a reality in the Asian Games. SBP’s desire is to have him play in future competitions during the NBA break,” Panlilio said.

Aside from its well-known support for basketball, MVPSF is also currently focused on different sports, namely, badminton, boxing, cycling, football, golf, taekwondo, rugby, and weightlifting. The Foundation also extended support to other athletes in the field of gymnastics, figure skating, and skateboarding.

“We are definitely proud of our Asiad medalists, and their wins shall further power up our desire to support Philippine sports as part of our efforts towards nation-building. We shall continue to inspire Filipinos through sports,” said MVPSF chair Manny V. Pangilinan.