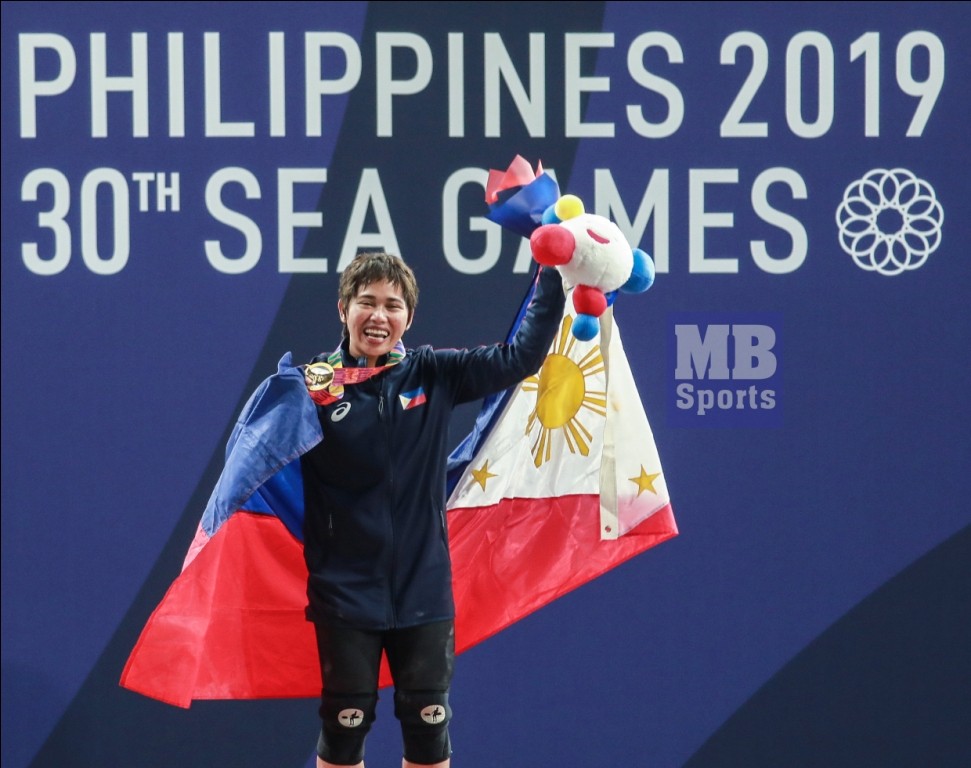 Rio Olympics silver medalist Hidilyn Diaz and her team left for Italy Saturday, giving her time to prepare and adjust in time for the Rome 2020 World Cup slated January 27 to 31.

Diaz, who won her first gold medal in the Southeast Asian Games the Philippines hosted, has continued training even after the biennial meet to keep her in shape for the World Cup, which is also an Olympic Qualifying Tournament (OQT) for the 2020 Tokyo Olympics.

A gold medalist in the 2018 Asian Games, Diaz also won the bronze medal in the 53kg category during the 2017 World Championship in Anaheim, USA and last year in the 55kg division in Pattaya, Thailand.

Diaz participated in the same 53kg category when she won the gold medal in the Asian Games in Indonesia and when she pocketed the silver medal in the 2016 Rio Olympics in Brazil.

This time, she is back in the 55kg, where she is at No. 5 in the world raking in the International Weightlifting Federation (IWF). At the moment, Diaz has accumulated 3.632.0672 points.

The participation of Diaz in the 2020 Rome World Cup is made possible by Philippine Sports Commission, the Samahang Weightlifters ng Pilipinas, and the MVP Sports Foundation, a private group under Al Panlilio that supports Filipino athletes.